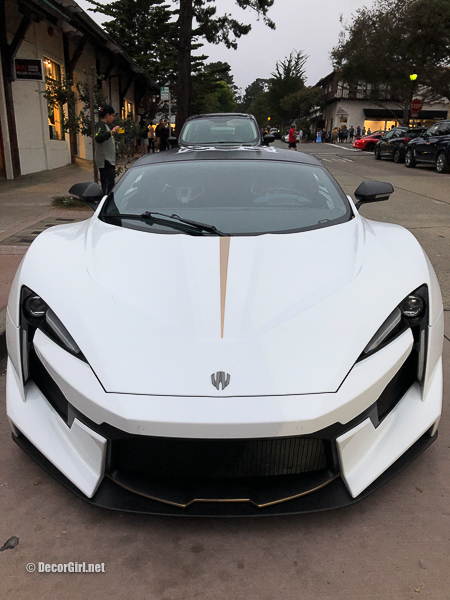 Car enthusiasts wait all year for Car Week, in fact the new hashtag for super enthusiasts is #CarWeekForever. Now that it’s in the rear view mirror let’s review the amazing array of supercars spotted during Monterey Car Week. 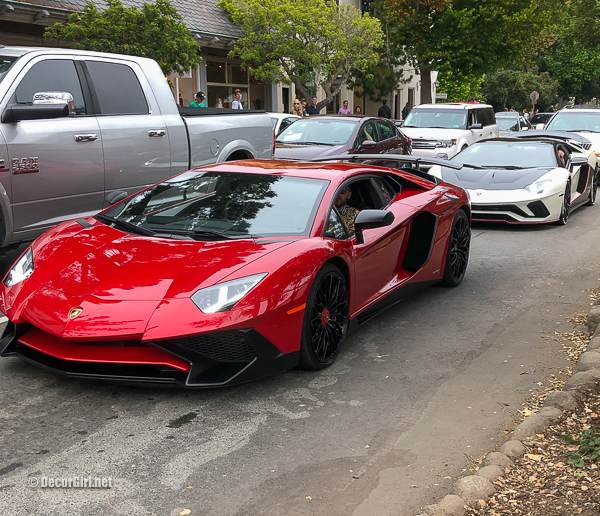 Spectacular supercars were everywhere on the Monterey peninsula. There are plenty to see at the various car shows, but the real show is what one see’s on the street or parking lots. Where else does one find the elusive Fenyr Supersport from W Motors casually parked on the street?

A note for those ill advised fruit tarts out there who envision a world without cars in the near future, let me pop your bubble. This year, more than any past year, we noticed significantly more young enthusiasts. Cruising Ocean Avenue has always been a bit of a thing, but this year it was a significant spectacle night after night with hundreds of people (young and old, but more young) lining the streets with their cameras or smartphones trained on the street.

YouTubers such as Sam from Seen Through Glass (above) and Tim from Shmee 150 have turned the younger set onto what Monterey Car Week is really all about, cars, all cool cars, new and old. 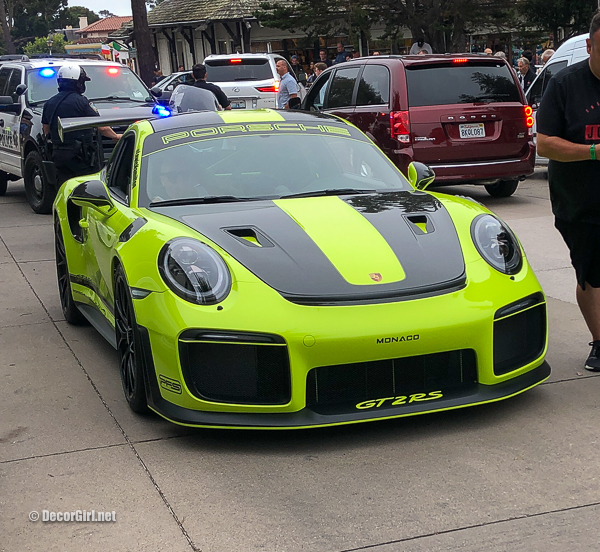 Porsche GT2RS and GTSRS cars were as abundant as the Prius, every time you turned around there was another one. Porsche enthusiasts were out in force with every iteration. 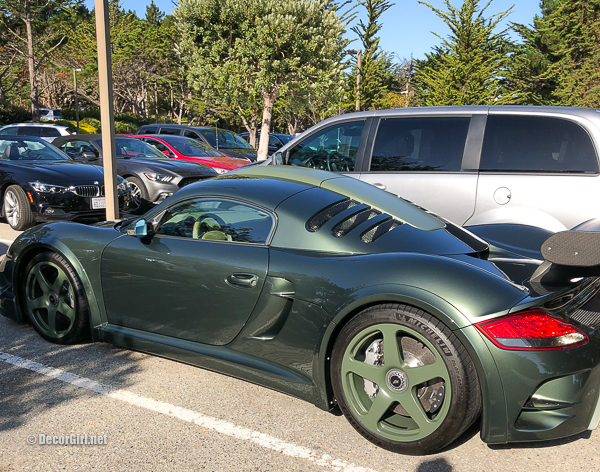 One early morning we stumbled upon this RUF Porsche CTR, not a fan of the green but the car has great styling. 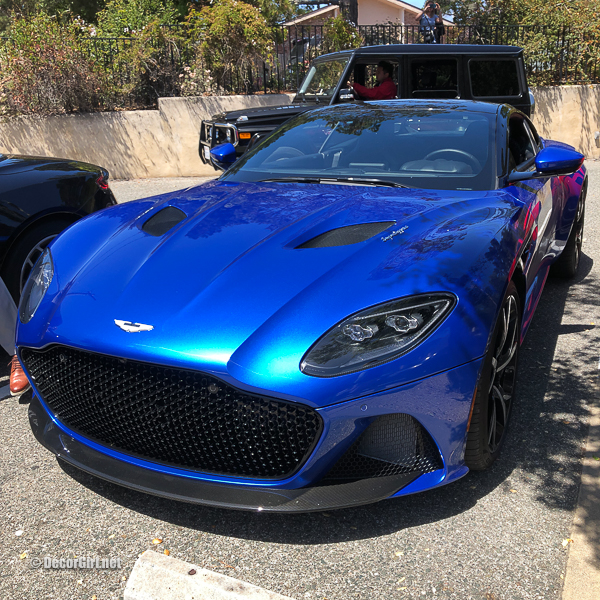 Aston Martin took over the Sunset Center in Carmel to showcase their latest vehicles. By invitation only allowed one to view their new sport utility vehicle called the DB-X. They took away anything we could photograph or take notes with, so I’ve got nothing for you, other than it is comfortable, well appointed and is far more refined than the similar sized Lamborghini Urus. 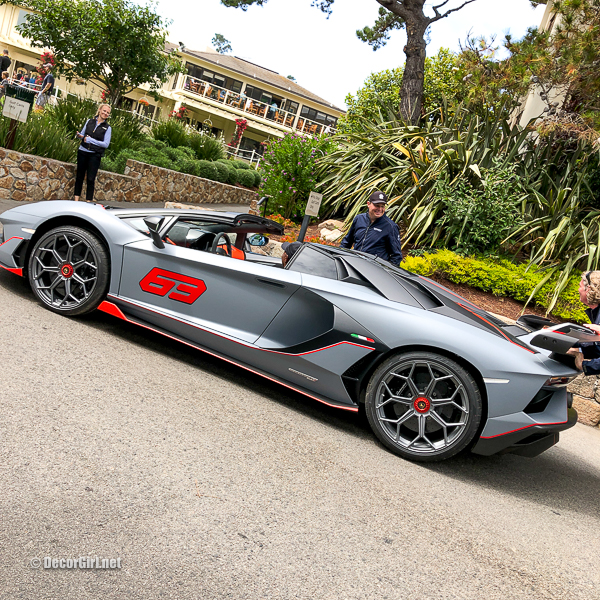 Speaking of Lamborghini, they showed off the Aventador SVJ 63 at both The Quail and Pebble Beach concept lawn. The 63 is for, 1963, the year patriarch Ferruccio Lamborghini founded the company. 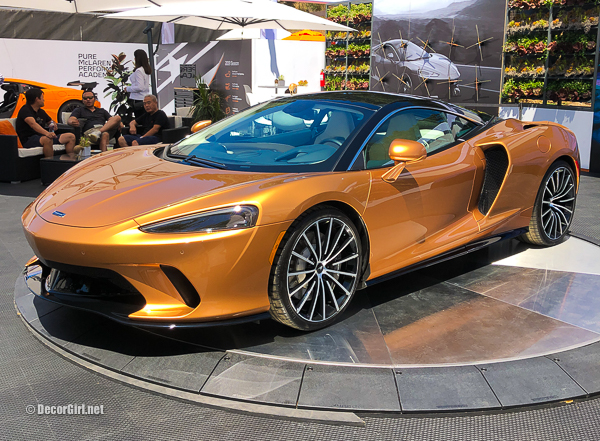 McLaren’s latest offering the new McLaren GT, a refined and luxurious grand touring supercar was eclipsed by the amount of Sennas one could see around the peninsula. 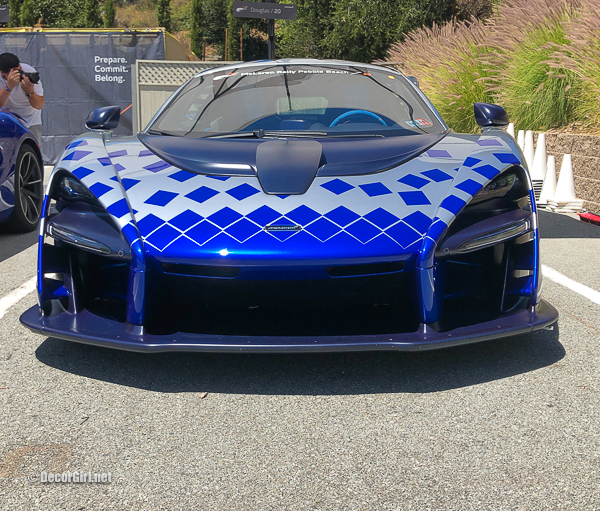 Of course I like this one, it has the same MSO Burton Blue as our 570S. What makes the Senna so intriguing visually is that every one is different, each car is built to the customer’s exacting specifications. There is no fear amongst McLaren owners the car can only be certain colors (like that Italian manufacturer), these people exercise their individuality with style! 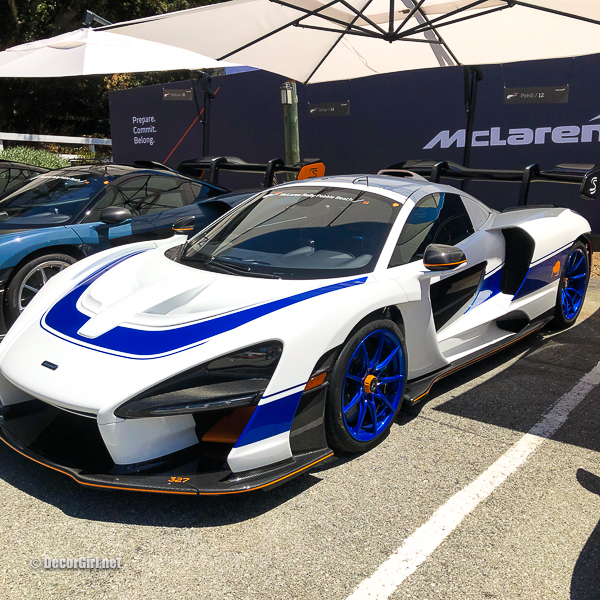 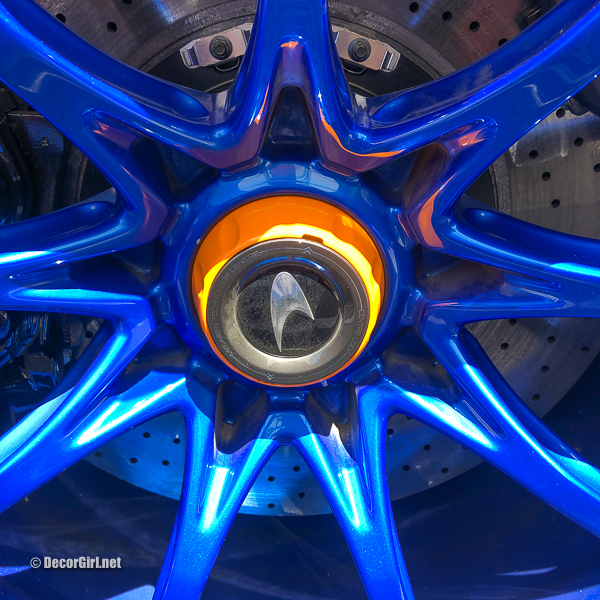 This is how a supercar wheel should look, unique, special and jaw-dropping. 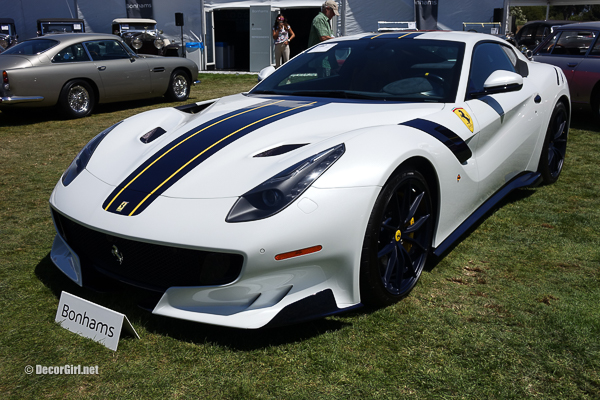 Ferrari 812s were not a rare sight, we saw them cruising around more than once a day. This highly customized 2017 Ferrari F12 TDF sold for $907,000 at Bonham’s Quail Auction. Most of what appears dark on the car is actually blue carbon fiber. (Probably sold this to buy a Senna. 😉) 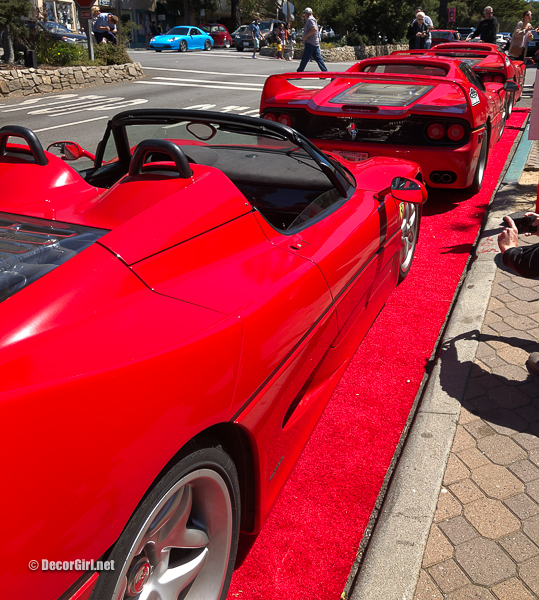 Just another day on Ocean Avenue, when was the last time you saw three Ferrari F-50s sitting casually? 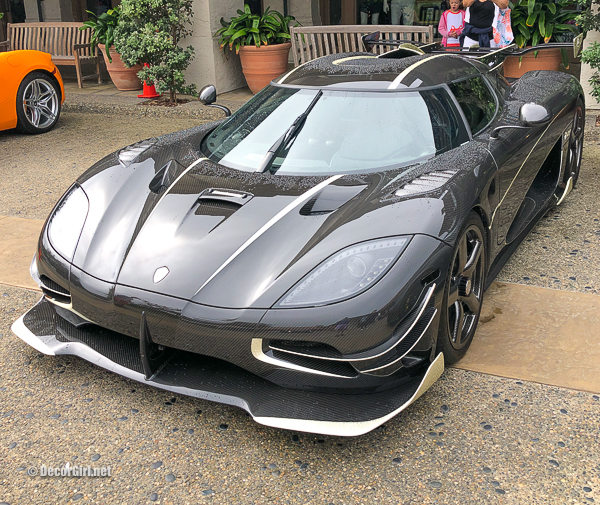 Here’s a tip, always go to The Inn at Spanish Bay. Some of the best supercars are hidden in plain sight. 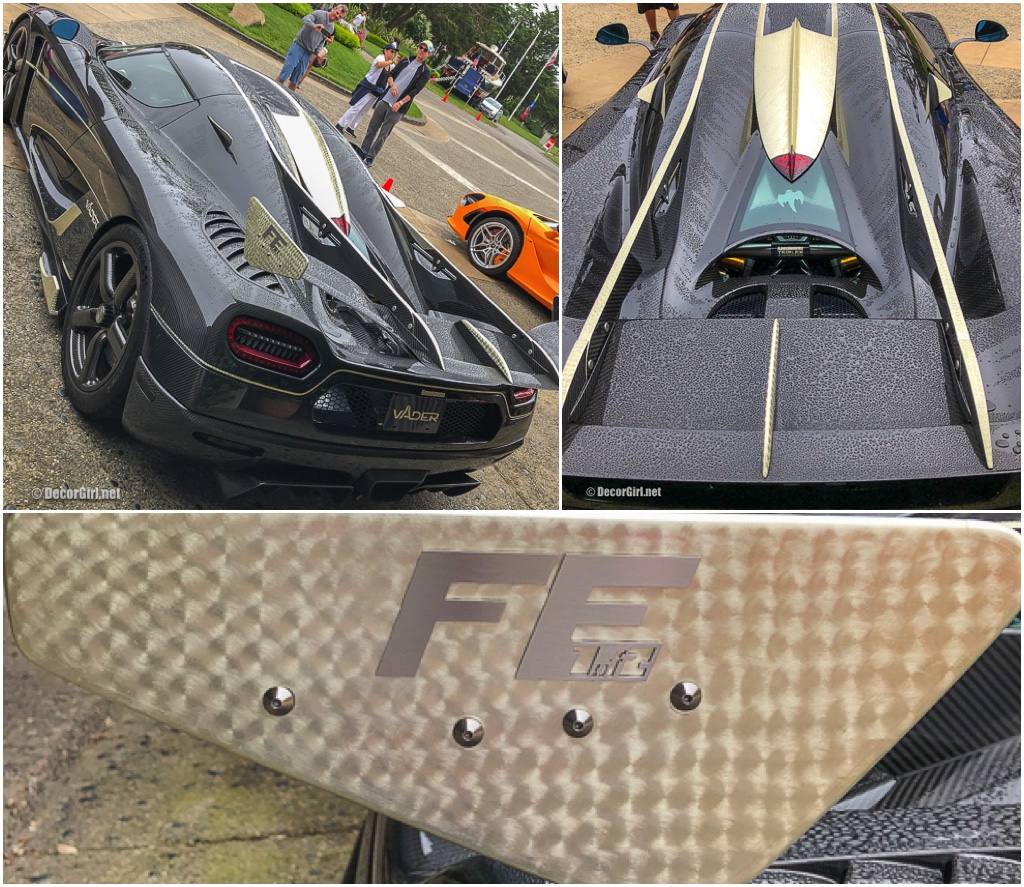 This is one of the final two Koenigsegg Ageras, the FE Vader. This car is  super special. The turned metal details are unbelievable to see up close. 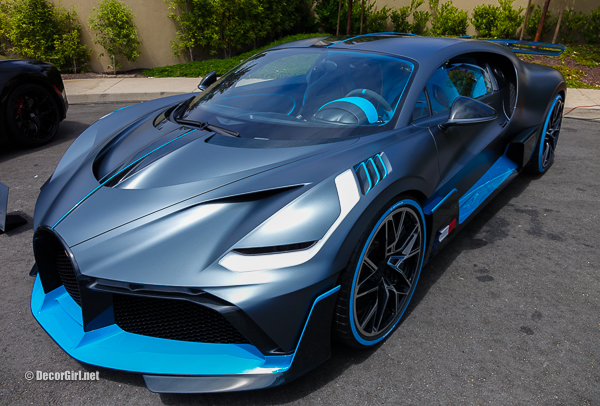 Finally, Bugatti did not disappoint. Both the Divo and breathtaking Centodieci, were a true feast for the eyes. 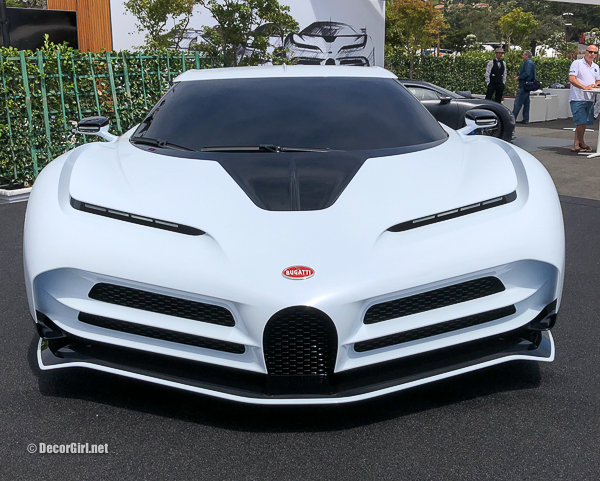 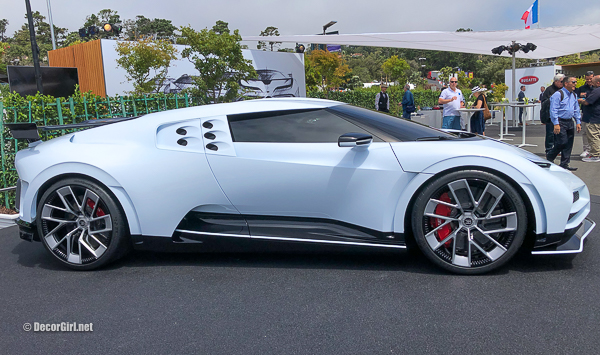 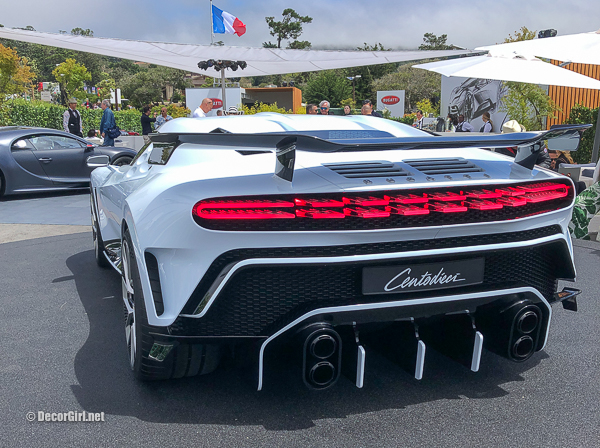 Centodieci is Italian for 110. This one-off example of rolling sculpture is Bugatti’s reinterpretation of the EB110, which, when presented in 1991, was considered the fastest and most extraordinary supercar of its time. 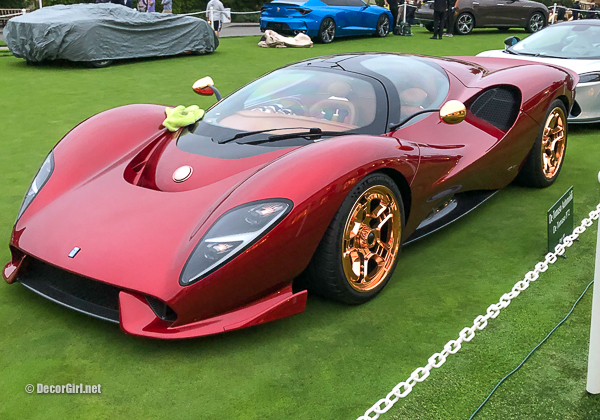 Probably the most photographed and talked about car of the week was the De Tomaso P72, the first offering of the brand’s relaunch.

This was just a few of the spectacular supercars we found during Monterey Car Week. Street side and parking lot car spotting is the best in the world during car week, and this is free!