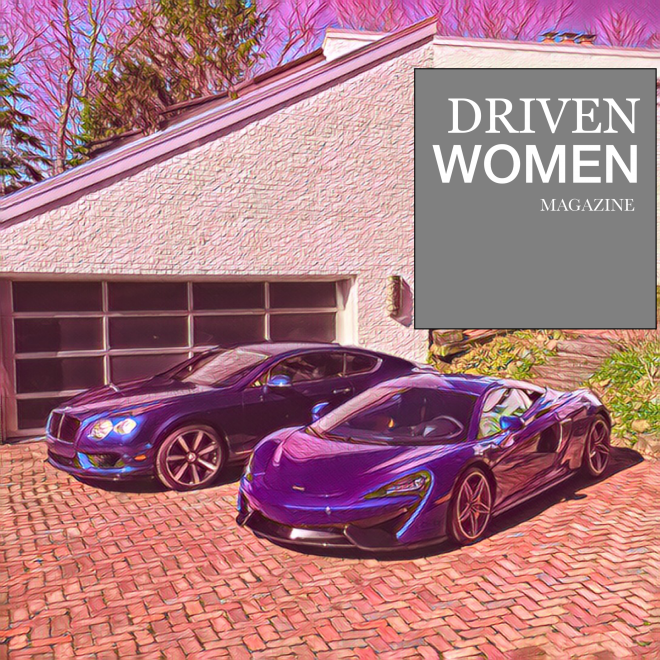 Living a dream is one thing, driving a dream is a much more connected experience. This is an article I wrote for Driven Women Magazine, an Australian publication, published earlier this year on what it’s like to live with a supercar, how to live in the fast lane of supercar ownership, you may be surprised.

Supercar ownership is awesome for the obvious reason of being able to walk into one’s garage and hop behind the wheel of a machine which puts an instant smile on your face. However, there is so much more to owning and driving a modern supercar than just plunking down a lot of money on rare, adrenaline rushing performance vehicles with jaw-dropping good looks. Supercar ownership can change the life of automotive enthusiast in unexpected ways.

I didn’t grow up with supercars though I encountered a few given my father had a restoration and bodywork business which kept me supplied with automotive grunt work. Family vacations centered around taking our Ford Model-A’s to automotive events. In my adult life automobiles remain a central focus, though now it is my husband and I who rarely miss the Pebble Beach Car Week and schedule our holidays to coincide with automotive interests or events. We advanced through five different Porsches before moving to supercar ownership, which adds a whole new dimension to car ownership.

Celebrity – Whether you care or not about having people recognize you or know your name, supercar ownership brings some level of celebrity. People want to talk to you, get to know you, or be a friend. Cool cars can make people giddy, they want to be friendly and engage, this is fun. But remember, the supercar is the true celebrity, people love taking pictures of the cars and while the majority of people are very nice, some may ask you to move, so they can take a photo of just the car. It is pleasantly weird. Occasionally a cool supercar can get you a better parking space or people offer the right of way on the road. Just smile and wave. 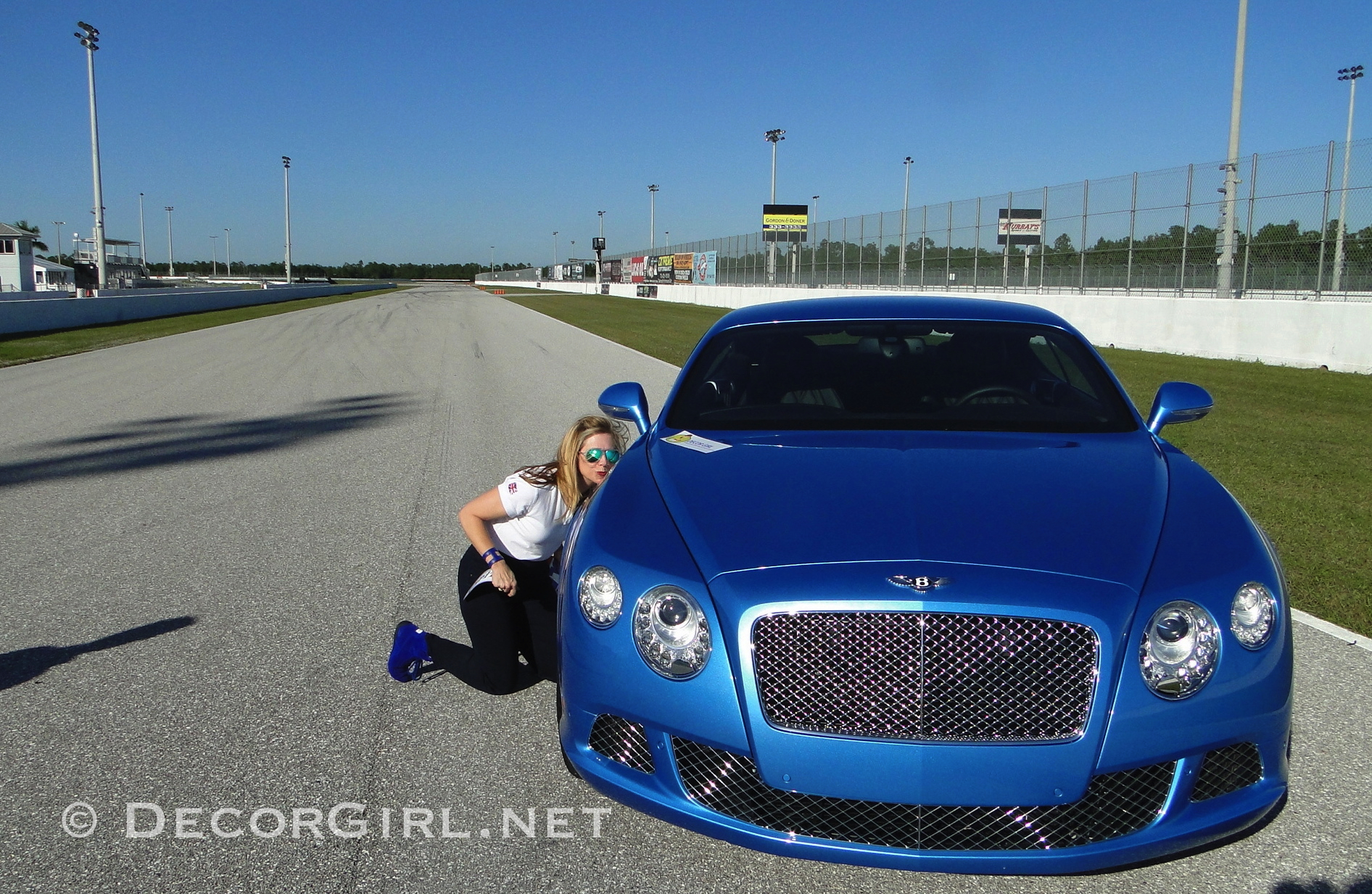 Responsibility – The biggest change one will instantly undergo upon supercar ownership, is when driving a supercar you are now responsible for everyone else driving around you. You have to be aware, hyper-aware. Notice in the rearview mirror the person driving behind you with their smartphone between their hands on the steering wheel. Be conscious of the driver next to you swerving for a picture or to wave. Most people are harmless, they are enamored with seeing a supercar in the wild. Unfortunately they don’t recognize the possible dangers of their actions, so you have to. There are unwritten rules of smart supercar driving, never accept an on-road challenge to race and always leave room for evasive action.

Car Knowledge – The more you know about your supercar the better. Random strangers in a parking lot or petrol station will walk up and start a conversation. Even the least likely little old lady may inquire about horsepower. The most common question is either how fast it is or how fast we’ve had it up to. In the United States a McLaren is uncommon for a majority of the population and many have never heard of it. Even after seeing the badge on the front someone will inquire, who makes it? When a true enthusiast hears the name Bruce McLaren, their brains begin to click. What we find funny is how many people assume the Bentley is a Bugatti, the badge on the car has only a large letter B. (They changed this in 2019, though it can be removed when specifying.) 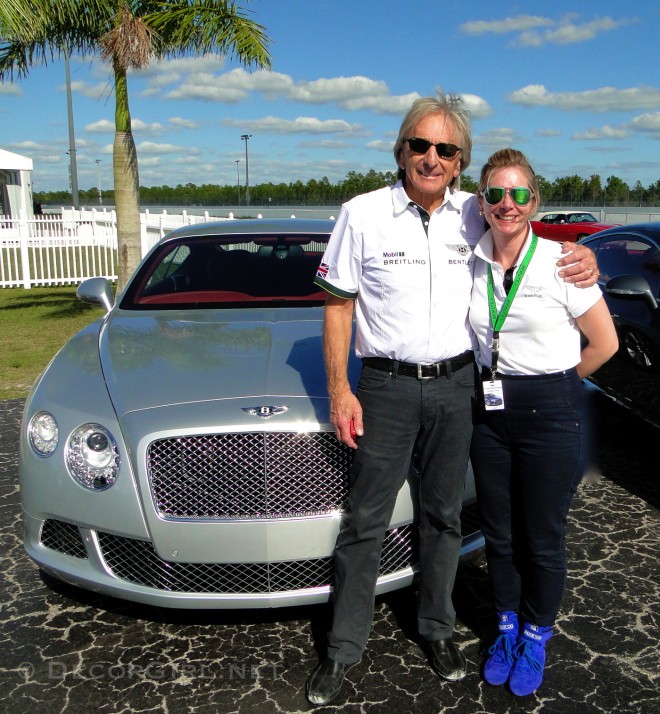 Driving Ability – Supercars are super for a reason. They are high performance vehicles which require respect. At any point in time one has only inches under four tires connected to the road, as the only points of control. Supercars do not handle the same as regular cars. They demand a different type of driving. This is why many supercar manufacturers have performance driving activities for owners. We learned so much attending just one Bentley Motors track day. Getting in-the-car instruction from five time Le Mans 24 Hours winner, Derek Bell, was a great experience.

In many cases a supercar exceeds the owner’s ability, though one’e ego doesn’t always accept it. This is when things can go wrong, very wrong. We’ve all heard the stories of the guy who left the dealership with his new Ferrari, Lamborghini, or McLaren only to wrap it around a tree on the way home or within a week or two of ownership. Let’s be clear, a supercar is no place for one’s inflated sense of self. Showing off in a supercar, driving beyond one’s ability, can be lethal. 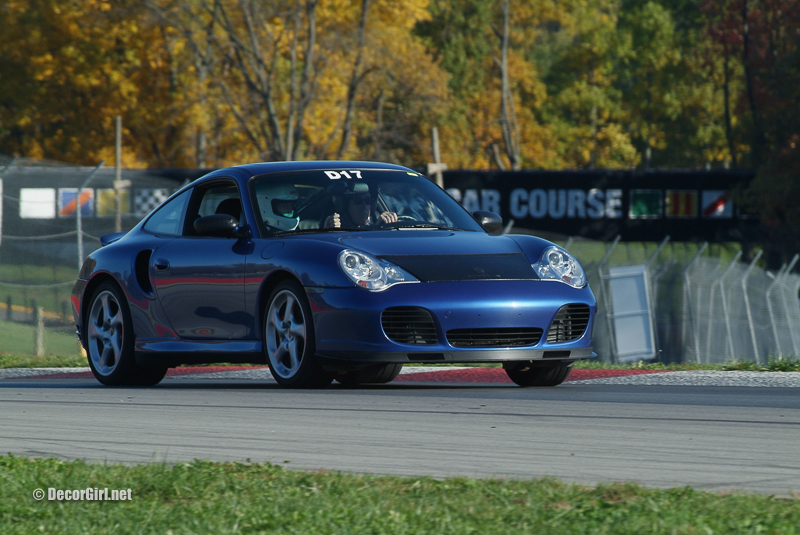 Consider track time with an instructor a live version of the owner’s manual. It isn’t about racing, or speed. (As this publishes I’m currently on the track at a McLaren driving event at Thermal Club.) Knowledge is power. Learning the special nuances of a particular supercar in a controlled environment is the absolute best way to know the car and polish one’s own driving skills. Honor your limitations and respect the machine, you’ll have plenty of fun and it will be much more enjoyable than hospital or repair bills or scaring the shit out of yourself. 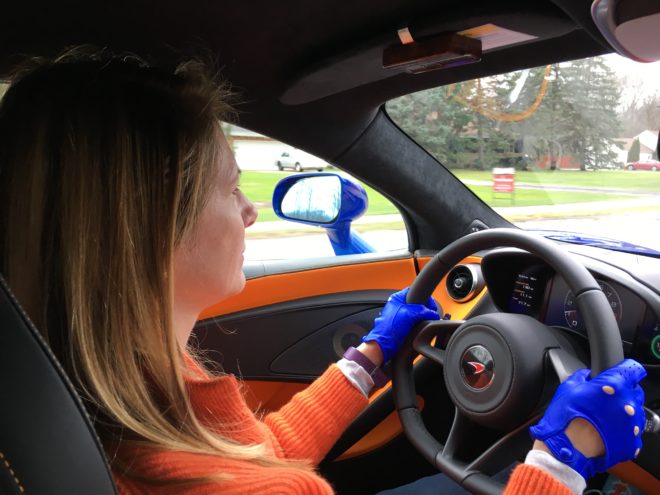 I still recall the singular warning a friend, winner of the Daytona 24 Hours and successful race team owner, said to me when I told him we’d purchased a McLaren, “be careful, it can easily get away from you.” To this day, I do not get behind the wheel without recalling his words.

Civility – My husband and I have both become more gracious and polite as a result of supercar ownership. Naturally we’ve become more approachable and conversational with the perfect stranger but I’ve also given up my fondness for the middle finger salute. One doesn’t do this in a supercar, for a number of good reasons.

Simply put, supercar driving encourages noble behavior. What makes this natural evolution in kindness so great is how disarming one becomes to those people who automatically assume a supercar owner is just some rich jackass. Defying people’s expectations can be quite enjoyable when, by just being kind, you leave someone feeling better having encountered you. 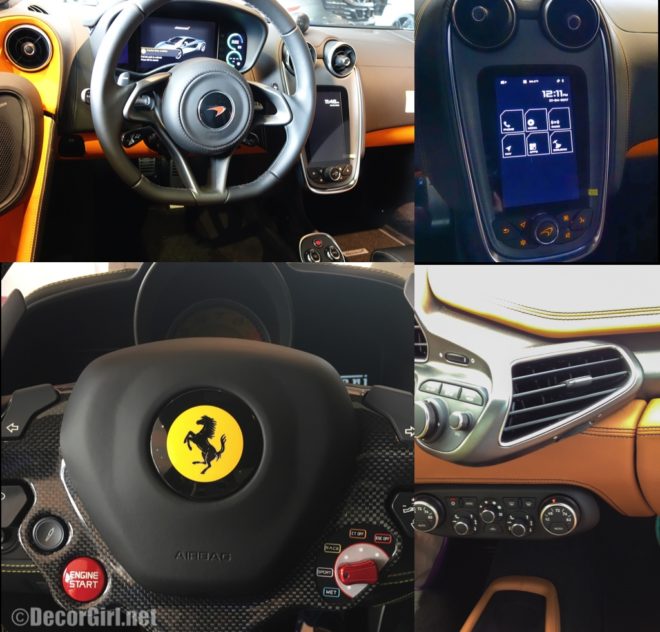 Acceptance – Each model and brand comes with a unique set of characteristics and quirks when it comes to driving and maintenance. These sensitive beasts need their break-in periods for owners and machine. There is a learning curve, one doesn’t treat a supercar like a Toyota. Chemicals and brake cleaners are not okay with carbon fiber brakes. The days of working on your own car and inexpensive oil changes are over. Highly trained supercar technicians are not cheap, they shouldn’t be. Supercars are at the pinnacle of design, engineering and technology, technicians (mechanics) must be equally qualified. Little clicks, buzzes and warning bells, warrant asking questions, ignoring something can be expensive. Honor the learning curve. 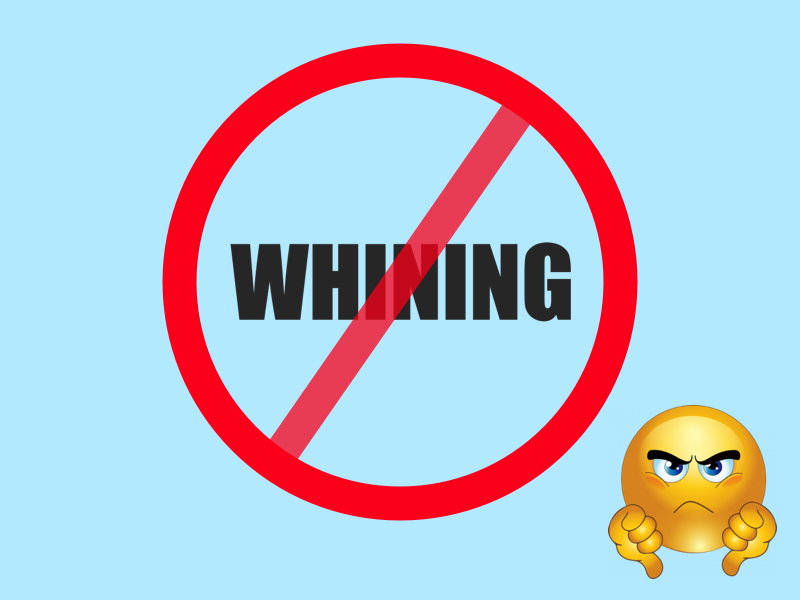 Welcome to the world of waiting for parts, trailered pick up and delivery, pricey maintenance costs, and being super aware of how and where one parks the car. Which brings us back to the topic of civility, nobody wants to hear the crying of a presumably rich schmuck whining about the cost maintenance or engine-out service on their supercar. Supercars are not inexpensive, accept it and move on.

Diplomacy – Being diplomatic has a dual meaning for supercar owners. First you become mindful of your words, careful not to sound like a demanding douche-bag anytime you pull up in your supercar. Secondly, especially for smaller brands such as McLaren, Koenigsegg, and Pagani, brands with lower build numbers, supercar ownership equates to an unofficial ambassador. For many supercar owners this concept happens organically, they speak with immense pride and knowledge about the car they are driving.

Access – Supercar ownership is the price of admission to a whole new world of experiences. There are parties, vacations, track days, factory tours and a number of unique adventures available for likeminded owners to socialize, learn and bond with the brand. Not only can one you meet great people but one begins to establish a relationship with the company. I’ve been able to talk to the actual designers of the cars at both Bentley and McLaren. Granted not every supercar company has the same level of customer interaction or makes a point of making one feel they care, but access can have its privileges. 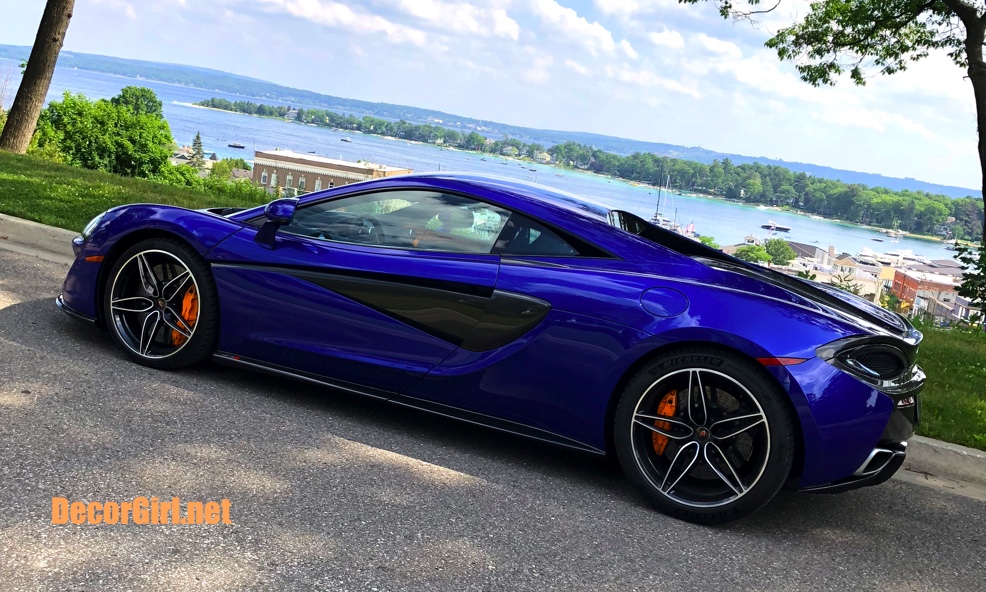 From my perspective supercar ownership has been delightful. We’ve taken the cars on great road trips in the United States, enjoyed experiences and met some wonderful people we would have never come in contact with had it not been for the access supercar ownership provided.

Click to read more about the Bentley Continental GT V8 or how our first Ferrari is a Mclaren.

The thrill of supercar ownership is all encompassing. There is a unique pulsing state of anticipation when you get behind the wheel, buckle-up, start the engine. Supercars are very much about engagement, the sensations and nuances encourage a heightened sense of awareness. Driving truly is a mind body experience, I’m not sure if the occasional pinch-me sensations ever go away. Supercar ownership brings a pleasant newfound sensitivity of awareness which shifts your life in a number of unusual ways.